After you have installed all ob your server files, you will need to run them in order to connect to your server. There are several methods in which you can do this.

This is the easiest method for getting your server up and running. All you have to do is simply double click the file called altv-server.exe and it should open a black command window 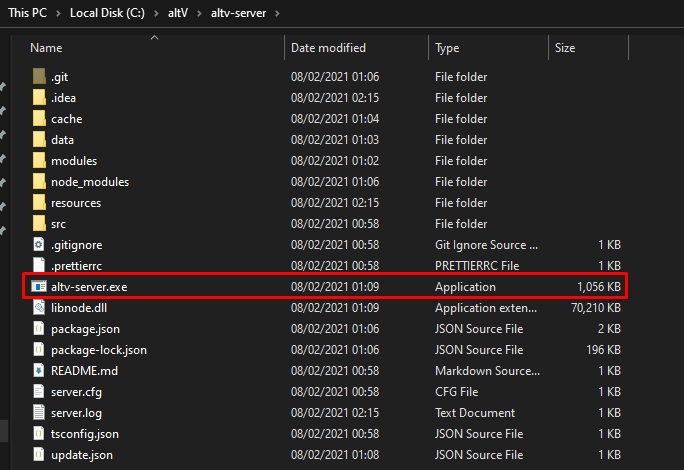 This method, is slightly different but can make life a lot easier when you need to restart your server or don't want to leave Visual Studio Code.

The keybinds to open an integrated terminal may vary based on your region. Try either CTRL + ~ or CTRL + '. You may also use the Terminal tab at the top of VS Code or look at VSCode's key binds.

You should see an integrated terminal pop-up, like the image below.

If the drop down menu on the right says cmd or then you can start your alt:V server by running the following command:

However if it says powershell then you can start your alt:V server by running the following command:

The only caveat with the above commands is that they do not work in a Linux environment. If you are running your alt:V server in a linux environment then you need to run the following inside of the directory where your binaries are located inside of a terminal.

You may start your server on Linux with.